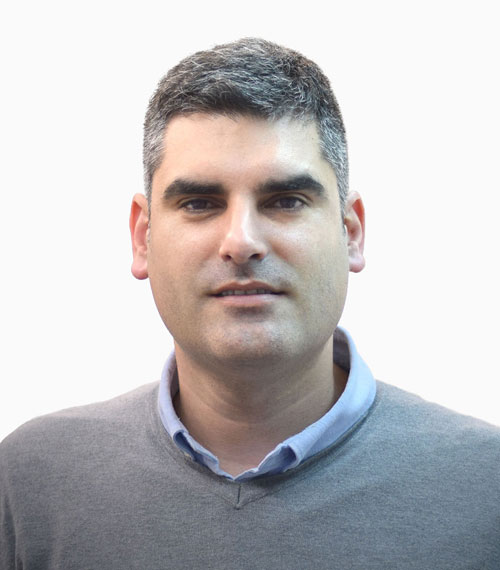 José Luis García-Giménez Ph.D., is funder, promoter and the current CEO of EpiDisease S.L. He is principal investigator at the Consortium Center for Biomedical Network Research (CIBER-ISCIII) in the area of rare diseases and Principal Investigator at the Group of Epigenetics and Translational Epigenomics in the Biomedical Research Institute INCLIVA. Dr. García-Giménez is associated professor in the Department of Physiology in the Medicine and Dentistry School (University of Valencia). Professor in the Master program of Physiology, Master in Biomedicine and Master in Rare Diseases at University of Valencia.

Bachelor in Chemical Science in 2002 and Bachelor in Biochemistry in 2004 (University of Valencia). PhD. Degree in Chemistry in 2007 (University of Valencia), he was invited Post-Doc fellow in Hake’s lab in the Adolf Butenandt Institute, LMU University, Munich (Germany). He received mentoring of entrepreneurship during MIT LinQ programme (two editions 2016 and 2017) and CaixaImpulse Programm (2018) My research is focused in the analysis of epigenetic mechanisms involved in human diseases, particularly in rare diseases.

More than 15 years of continuous research as as PI and collaborator in national and international projects. In 2018, he received CaixaImpulse Award to lead the valorization plan of HistShock test. Dr. García-Giménez is inventor of 4 technologies related with epigenetic biomarkers, protected by 4 different patent families.

He is author of more than 75 publications in the field of rare diseases, epigenetics, biomarkers, and oxidative stress. Associate Editor of several scientific journals and Editor in Chief of Translational Epigenetic Series Volume “Epigenetic Biomarkers and Diagnostics” Academic Press (Elsevier).